Every other year, the International Society for Participatory Mapping (ISPM) holds a conference to together scholars, planners and practitioners working with participatory mapping and spatial participatory methods.

The Society’s objectives are to encourage and support the development, experimentation, evaluation, and application of participatory mapping methods globally in order to foster interaction and research in this scientific field, and to coordinate with other organizations in the study of participatory processes, mapping, and quantitative analyses. The Society places a strong emphasis on fostering opportunities between the Global North and South in order to promote a more equal distribution of knowledge and resources. 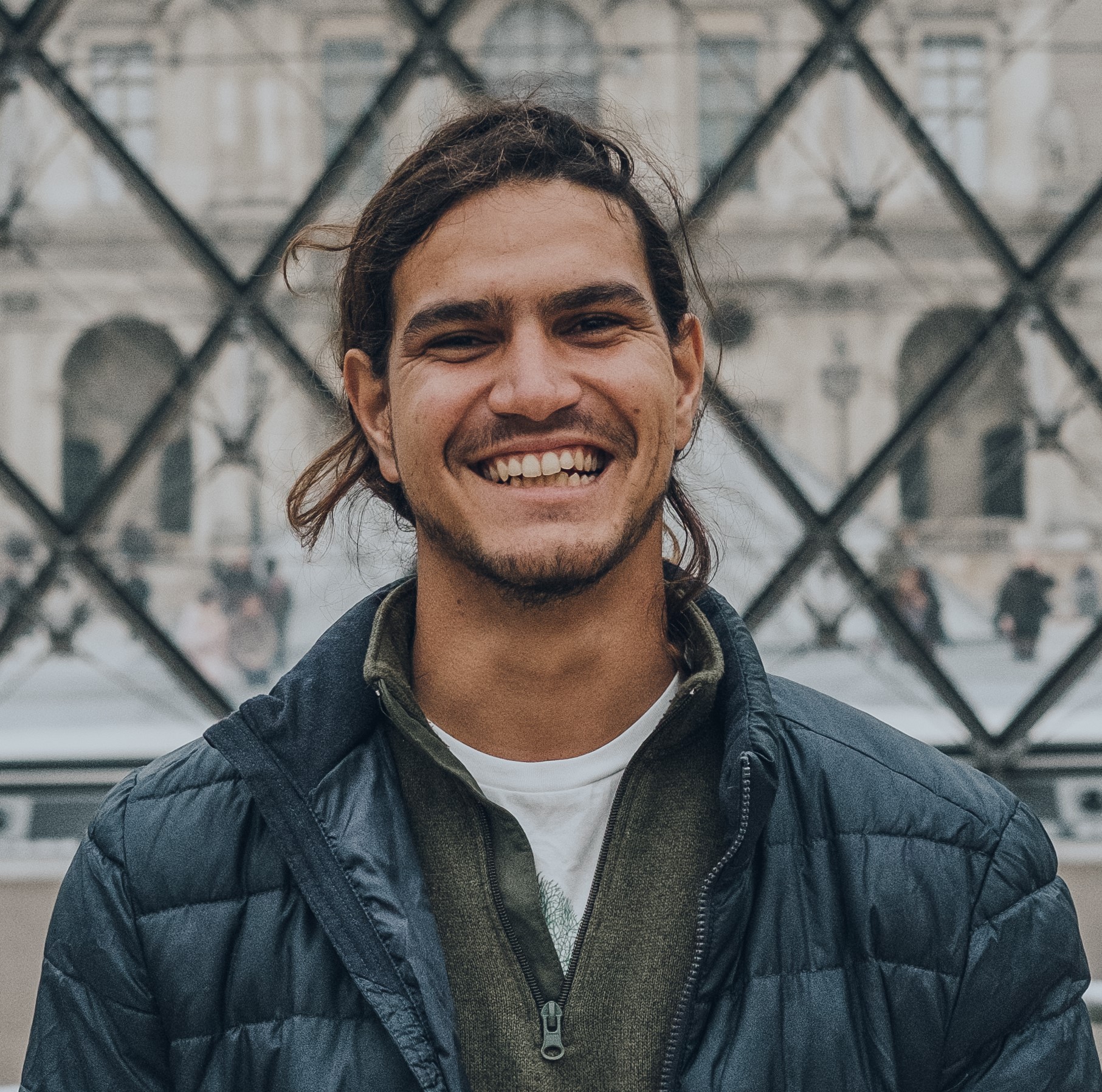 To do this, ISPM Members pay yearly dues to provide travel and technology grants to individuals and teams who otherwise would not be able to participate in our events or use participatory mapping software. Our Conference Travel Award disbursed $2100 across three mappers. One of the awardees, Nicolás Gómez Andújar, sat down with our ISPM Secretary Charla M. Burnett to talk about his teams work and how participatory mapping is being used to change policy in Puerto Rico.

Nicolás Gómez Andújar is a graduate student from the University of Puerto Rico. He will be presenting his team’s work titled “Mapping of coral reef vulnerability: A tool to support ecosystem-based management in a tourism-impacted Caribbean island,” which has been in collaboration with the NGO, Sociedad Ambiente Marino. 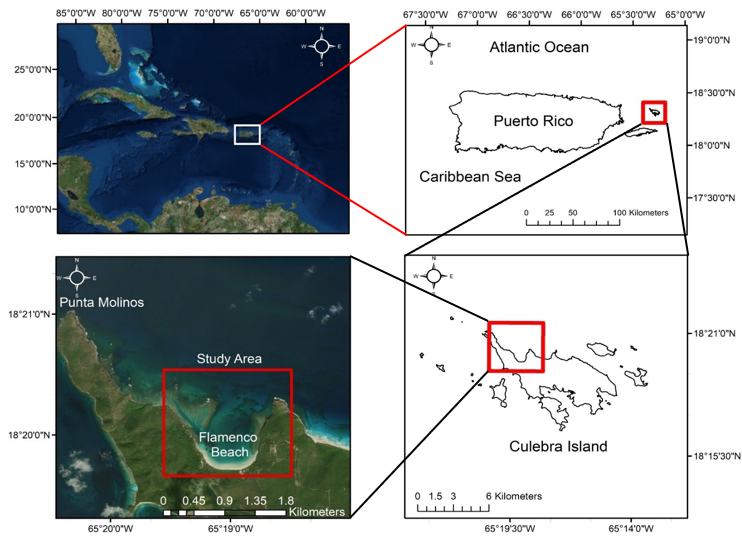 It was hypothesized that the healthier reefs would be located farthest from coastal stressors, and that perceived coral health by users would spatially match health indicators. Random photo-transects (n=40) were used to address spatial variation patterns in ecological parameters. Ecological perceptions, behaviors and management attitudes of aquatic recreationists were characterized using Maptionnaire software (n=204). Statistically significant differences were documented with increasing distance from the shoreline, among reef localities (p<0.0001), reef rugosity (p=0.0008), and as a function of recreational use intensity (p<0.0001). Nearshore reefs are reflecting higher percent macroalgal and cyanobacterial cover, likely due to recreational activities and unsustainable land-use practices; these nearshore reefs are also perceived to be the most degraded by recreational users. However, nearshore reefs still support a high coral species richness and diversity.

To mitigate the observed ecological damage, sea-urchin and depleted coral population restoration, plus rehabilitation of the wave-attenuating role of reefs should be implemented via an integrated coastal conservation program. The need to designate a no-take marine protected area, in combination with strengthened governance, was validated by the reef users. Next research steps should utilize user’s responses to identify socio-ecological phase-shifts. The integration of stakeholder’s opinions and behaviors will provide a more robust, interdisciplinary approach to coastal planning and retain ecosystem resiliency in the face of increasing climatic stressors.

Charla M. Burnett: Well, thank you so much. We really appreciate you taking the time to sit down with us and do this interview. As I mentioned in the email, our goal at ISPM is to provide travel and technology grants for people who under normal circumstances cannot afford to participate. I helped found the organization two years ago. We are still building up membership and the monthly dues go towards helping practitioners and researchers work collaboratively.

Nicolás Gómez Andújar: I really appreciate the opportunity and the fact that your institution is working to level the playing field, so to speak. So thank you.

Charla M. Burnett: Great! Let’s dive right in. Our first question is how did you first find out about participatory mapping and what led you to start working with it?

Nicolás Gómez Andújar: I’m trained as professional environmental scientist and community leader. I’m from a small island off the east coast of Puerto Rico, called Culebra. It’s traditionally an underserved community that has been plagued by the after effects of 40 years of occupation and bombings by the US navy as well as some really recent tourism pressures. There’s some success stories as well.

I stumbled upon participatory mapping back in 2014 in the middle of my Undergrad. I was working with GIS with colleagues Alfredo Montañez and Abimarie Abimarie Otaño and co-author Edwin Hernández. The community managed to create their first marine protected area back in 1999 after 15 years pushing the government. We have critical underwater habitats and/or fisheries and our small scale additional fisheries are hurting. The initiative was actually led by the fishermen association.

There was a conflict and after 10 years or so of establishing that marine protected area. At the time there really was not an effective community management boards or community level participatory processes inside its management from the federal and state agencies and it has been very ineffective. Illegal fishing was prevalent and even it was difficult to balance the local values and the production side from outsiders. 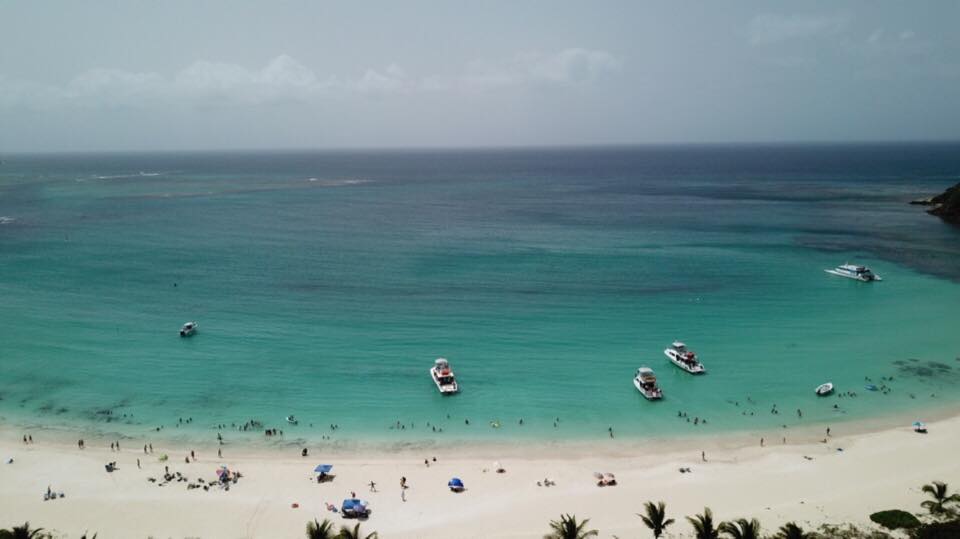 But back in 2014, the collaborative community management board was created and as part of those processes, we were enthusiastic to facilitate meaningful participation and came across a guidebook for participatory mapping and tried to implement what we could. It didn’t really come to fruition but it was a light bulb moment. We now realized that we could not just transmit our ecological technocratic knowledge from science point of view, but also compile a mass amount of knowledge from the local community through these processes. So it wasn’t until later when I started developing ideas for my own research that we took the time to really merge ideas on how to merge Habitat Risk Assessments of Coral Reefs and people’s perceptions.

Nicolás Gómez Andújar: So it took me a while to build up a plan and I actually postponed my graduation for a year because I felt like this was something that I had to implement. I sort of dug too deep in the sense that I exploring very different streams such as marine monetary ecosystem service evaluation, different types of spatial datasets. I actually changed my area of focus from research to a nearby touristic beach. Which received up to 200,000 visitors a year.

It’s considered one of the most beautiful beaches in the world, but severely lacked the management needed to preserve it. There was no public policy framework. We spent over a year scuba diving and found many vulnerable, ecologically valuable species. With assistance of many graduate students were able to review 40 sites and establish processes with a lot of geographic complexity that the community structure depended on.

We sat down with the community and explained that we need to focus on the most degraded areas. This was good from the ecological side but I was always wondering what are we going to do about it, and not in terms of us, the scientists as managers, but as people and users ourselves. It wasn’t just about our participation. I had to look up online on how to carry out different surveys. We knew that it would be difficult to implement paper based mapping because we were hit by a couple of hurricanes in 2017 which led us to lose a lot of our capacity to reach everyone and print materials.

I chose Maptionnaire, as a starting platform, without really knowing my options. It was really exploratory at that point. With a lack of funding, it limited my sampling time to one month but even from there I was able to find some interesting trends. We looked at behaviors and attitudes of users by coral reef area. We tried to say, well, how do you perceive this area to be “degraded” or “healthy?”

We then asked follow up questions to understand why the user felt that way, was it a lack or Sea Urchins, lack of diversity, etc. We found out that the GIS spatial analysis backed up what we had already did using multivariate statistical analysis of the ecological sites. So the driving question then turned to how do we manage these sites. We wanted to merge the ecological data with the perception data. It has been a learning process, really.

Charla M. Burnett: How has participatory mapping been used in your country outside of your project?

Nicolás Gómez Andújar: I don’t know many examples, to be honest. In Puerto Rico, I know of one academics Tania López Marrero and she’s focused on the perceptions of the benefits of land use planning among nearby residents. There has also been several studies conducted by anthropologist who use GIS as a tool to study local fishermen’s behaviors. A friend of mine has created his master’s thesis, Roberto Morales, which using mapping to look at residents’ place attachment, social values, and attitudes towards coastal tourist develop which is a very poignant case of gentrification in North Eastern Puerto Rico.

So, those are basically the major projects here in Puerto Rico but it has been used with some other large scale NGOs that have come and try to do a mapping exercise and leave. We never see the final outputs and that’s what I’ve been trying to avoid. In my study, primarily because I’m from that small Island, Culebra, and I really wanted to facilitate and capture the voice of my neighbors and see how this mapping exercise can not only create a valuable dataset but also how the eco-system could change given our management options and preferences. I wanted to see how this participatory method itself could create local stewardship of the resources and get people talking about how can we restore this area and try to get citizens to implement the plans.

Charla M. Burnett: I think you touched on it, but I want to ask again. What are the greatest obstacles to using participatory mapping in your region?

Nicolás Gómez Andújar: As I explained a bit, there’s a lack of understanding that participatory process are vital to ensure that under represented interest are into consideration and positioning them within different governance structures. My colleagues and I have come across processes where they only need to ask educated people what they need or what they perceive. That’s the traditional mindset. It’s the experts opinions that matter and that’s a major roadblock. Behind closed doors implementation of laws and public policy, it’s just a lack of understanding that participatory mapping can be the tool to really make an initiative viable. It’s a challenge those mindsets.

Charla M. Burnett: Are there any specific participatory mapping applications that you use?

Nicolás Gómez Andújar: So far, just Maptionnaire. Really part of the reason I’m so excited to go to the conference and the reason I applied, is to strengthen the work that I’ve done and learn about all the software available. If find it difficult to learn theory and what analyses are applicable for participatory mapping. I’m really excited about that.

More on Nicolás Gómez Andújar and his team’s work below: