Executive Board and Special Advisors 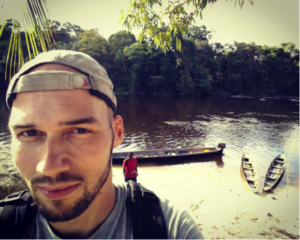 Rudo is a geographer with the Amazon Conservation Team (ACT) who works with indigenous and other traditional communities in South America on participatory mapping and storytelling projects. For the past four years, Rudo has been working with the Matawai Maroons in Suriname to map their ancestral lands and record oral history storytelling about historically and culturally significant places in their territory. In the context of this project, Rudo is leading the development of an offline-compatible geostorytelling platform called Terrastories, which is open-source and available for communities anywhere in the world to document their own place-based storytelling traditions using maps and media-rich content. Rudo also manages ACT’s digital storytelling initiatives, contributes to ACT’s spatial data collection and monitoring processes, designs high quality cartographic and digital maps, and represents the organization in public forums and media. Rudo’s academic background includes an MA and PhD research in Anthropology from UNC-Chapel Hill, as well as an MA in International Administration from the University of Miami. He has worked with indigenous communities in Suriname, Brazil, Colombia, and Costa Rica, and is passionate about helping communities achieve their own vision of buen vivir. 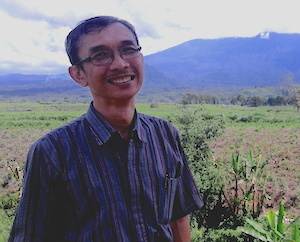 Monti is a is a geographer with a PhD from the Department of Geography, University of Hawaii at Manoa, Honolulu (USA). He was a biologist, but later turned into a human geographer. After finishing his first degree he spent eight years in environmental movement in Indonesia with research and managerial positions. During these years he actively involved in policy advocacy on forestry, biodiversity and climate change. His involvement in policy advocacy continues to date by providing supports and conducting background studies for the works. He came to the University of Hawaii in 1998 with Fulbright Scholarship and took political ecology major. His thesis was on the counter-mapping movement in Indonesia, which becomes his main interest currently. When entering the PhD program at the same university he took cultural geography as his major, with special interest in applying postcolonial approaches in his research. For the last few years, he has been developing and implementing methodology for large-scale mapping of village boundaries in Indonesia using participatory approaches. His research interests are the right－based approach in forestry and biodiversity conservation, the application of participatory mapping for community－based resource planning, and the interaction between knowledge systems, and history of cartography. 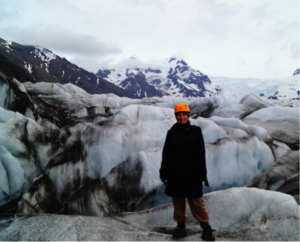 As a scholar and practitioner in Global Governance and Human Security and co-founder of Refugees Welcome!, Charla has been studying the intersection between migration, conflict, and resource management for over 8 years. She combines her skills in mediation, group dialogue, and facilitation to design community-based decision models, and analyzes geospatial data for participatory mapping projects. Charla uses GIS in an attempt to democratize the planning and management of key resources to reduce societal, political, and economic tension between stakeholder groups. Charla is a Spatial Planning Fellow at the Marine Science Institute and McClintock Lab/SeaSketch and is working with the Waitt Institute on their Blue Halo Initiative in the Caribbean. She is also a fellow at the Center of Peace, Democracy, and Development where Charla works with a network of international conflict mediators to reduce violent conflicts worldwide. She advises the Emerging Scholars and Practitioners in Migration Issues Network and was named one of Forbes’s 2016 Under 30 Scholars. 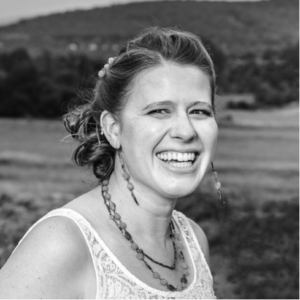 Alison (Aly) Ollivierre has been researching and facilitating participatory mapping projects since 2010, most notably recording local knowledge on important historical, cultural, and ecological heritage sites and assisting in the development of a collaborative marine multi-use zoning plan in the transboundary Grenadines—which are split between the countries of Saint Vincent and the Grenadines and Grenada—in the Eastern Caribbean. Her subsequent postgraduate research uniquely focused on the value of participatory mapping in small island developing states (SIDS) and its use in addressing climate change, particularly in the wider Caribbean. Aly earned her MSc from the University of the West Indies, Saint Augustine (Trinidad), her BA from Middlebury College (Vermont), and she is a certified geographic information systems professional (GISP). She currently works full-time as a cartographer for National Geographic Maps, part-time for BirdsCaribbean, and she conducts freelance work as Tombolo Maps and Design, through which she also presents and advises on participatory mapping. Aly was named one of xyHt Magazine’s 40 Under 40 Remarkable Geospatial Professionals for 2018 and she has earned a number of prestigious awards for her cartography and research. 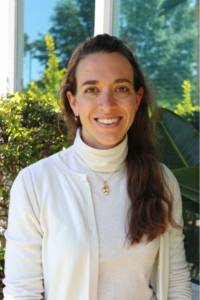 Hannah Torres is a postdoctoral researcher at the University of Central Florida in the Department of Sociology, where she is working on an NSF-funded project mapping sense of place to inform environmental restoration. In addition to having a background in teaching and education, Hannah earned a PhD in Geography and Environmental Science and Policy from the University of South Florida, and she holds a master’s degree in coastal environmental management from Duke. To this point, Hannah’s participatory mapping research has been largely related to preventing marine debris and facilitating coastal restoration. Other research areas include community resilience to natural hazards, climate adaptation, and human-environment interactions. 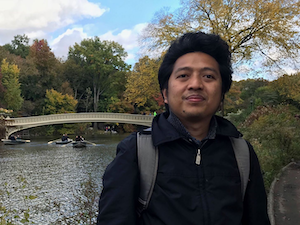 Efraim is a faculty of the College of Human Ecology at the University of the Philippines Los Baños where he teaches human settlements planning. As a licensed environmental planner, he is actively engaging Local Governments in the Philippines in the use of participatory mapping and participatory land use planning. He is also interested in using participatory mapping in trying to understand risk, vulnerability, and adaptive capacity of coastal communities to climate change impacts which is the focus of his research as a PhD Geography student in Florida State University under Fulbright Scholarship Program. 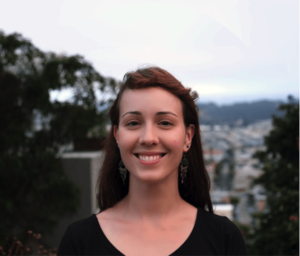 Marena supports collaborations between teams at Mapbox and external partners interested in using Mapbox, OpenStreetMap, and other open source and open data tools to further their efforts for positive social and environmental change. Before joining Mapbox, Marena worked to secure customary and indigenous land rights in Africa and Asia with the non-profit Namati, and facilitated participatory planning efforts with indigenous communities in Canada. Marena holds a master’s degree in natural resource management and planning from Simon Fraser University and a bachelor’s degree in environmental sciences from the University of Guelph. 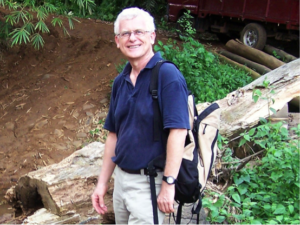 Michael (studied at Bristol and Northwestern) is currently Senior Researcher in the Centre for Research in Environmental Geography (CIGA) of the National Autonomous University of Mexico (UNAM) in Morelia. He was at the International Institute for Geo-Information Science and Earth Observation (ITC), Netherlands for many years, and earlier in Sri Lanka and University of Dar es Salaam. He is a social environmental geographer who has worked mainly in Eastern & Southern Africa, South Asia, Mexico and Latin America. Research & teaching experience are in community mapping and PGIS of local spatial knowledge—rural & urban—with an emphasis on participatory spatial planning, risks and vulnerability, territoriality, natural resource / environmental management, and landscape perception. 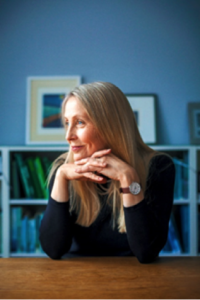 Marketta has background in environmental psychology and she received her PhD in the Department of Architecture in Helsinki University of Technology. Currently she works as a professor of Land Use Planning in Aalto University, Finland. She is a leader of a research group and Master’s programme, that integrates Spatial Planning and Transportation Engineering without forgetting the human focus.She has been working with PPGIS since 2004, when her team started to develop the so called softGIS methodology.  Geospatial World Forum granted softGIS team a webGIS Innovation award in 2010. Currently the methodology has been commercialized as a Maptionnaire tool by Mapita Ltd. Her research interests cover widely human aspects in planning. The participatory mapping research topics include e.g. environments that promote wellbeing and health, active living, social sustainability, perceived safety, child- and age-friendly settings, various lifestyles and new methods and support systems for public participation. 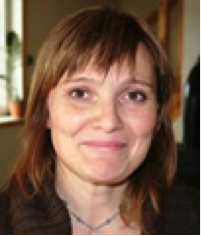 Vera Hausner holds a position as a Professor in Sustainability Science at UiT-the Arctic University of Norway. She is currently leading the Sustainability Lab (www.arcticsustainability.com) which aims for interdisciplinary- and collaborative research using inter alia  participatory mapping to involve local-and indigenous communities. She has worked comparatively with participatory mapping in Arctic Canada, Alaska, Norway and Russia combining natural-and social sciences to investigate the rapid transitions taking place. She has also worked with web-based PPGIS, mobile apps and crowdsourced data in Alpine regions, and is currently leading a large-scale PPGIS study covering 81 municipalities to map public perceptions of blue growth along the arctic coast of Norway. Her main research interest is global change, people-and nature interactions, and their relevance for sustainable pathways. 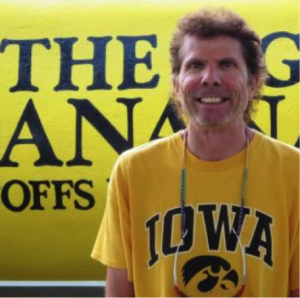